Leaders, are seeing more and more employees with diverse backgrounds. So how does one deal with diversity? How do we lead people who are different to us

As leaders, we are seeing more and more employees with diverse backgrounds. For example, there are more women in the work place; more people who identify as Lesbian, Gay, Bi-sexual, or Transgender (LGBT); and many different religions.  So how does one deal with diversity? How do we lead people who are different to us? For me it is simple.  I am a purposed leader so I am to serve.  The desire to serve comes from having the Father’s heart of unconditional love. For me the debates about diversity miss this – the heart of the matter.

As a servant leader, one who focuses first on serving and then makes a conscious choice to lead, then I must see people how God sees them. It reminds me of when God spoke to Samuel:

We cannot judge the inner man but the Holy Spirit helps us to see beyond the physical appearance.

Diversity is a critical value for me as a leader.

Studies have shown that when a team or organisation is filled with people who are all ‘similar’ in nature (personality, culture etc) that ‘Group Think’ occurs, which stifles creativity and innovation.

I define diversity as:

That is, respect differences in race, colour, gender, sexuality, religion etc.  It’s a little more difficult when it comes to viewpoints but for me respecting viewpoints that are different to my own is about tolerance, a sister to diversity.

Tolerance the sister to diversity

Tolerance is respecting that everyone has a right to their opinion but I do not have to agree with it.  Many are trying to re-define the concept of ‘tolerance’ as having to accept and endorse other’s viewpoints and behaviours, rather than simply respecting a person’s right to them.  This will kill diversity.  If we take the re-defined approach, then racist viewpoints would have to be endorsed too!  Nonsense some would say because that’s plainly wrong.  An example of tolerance is this: I do not share racist viewpoints and I certainly won’t endorse them. Yet,  I respect that everyone has a right to their viewpoint, as do I,  even if I disagree with it.  That means I may not be friend’s with those who hold racist viewpoints, but if we have to work together then we can.

What does service look like in the context of diversity?

For me I measure my service to those I have the privilege to influence based on their growth. I see growth as a matter of character as that is what our world desperately needs.  Character is critical to business performance. A Harvard Business Review   article detailed the research that led to the book “Return on Character”, it was found that:

“CEOs whose employees gave them high marks for character had an average return on assets of 9.35% over a two-year period. That’s nearly five times as much as what those with low character ratings had; their ROA averaged only 1.93%”.

How do we define good character in a world where everything is “relative”  and people set their own standards?  I believe in Universal Principles – moral principles that everyone agrees on. For example, giving others one’s trust unless they demonstrate (not through hearsay) that they are not trustworthy, dealing with others with integrity, holding self and others accountable, caring for/respecting others as we would ourselves, delivering what one promised to deliver etc. These Universal Principles are the foundations of good character.

Diversity and Character – the Perfect match

Character and diversity are a perfect match. Character transcends colour, gender, sexuality, religion etc.  None of these things stop a person from being a person of good character.

We must develop character-based leaders and build organizational cultures based on good character. This will lead to culture’s of honour.  In a culture of honour the issue of ‘how do I lead others who are different to me’ becomes a non-issue. After all,  I can honour a person simply for being a human being, no-matter how flawed they are…since we all flawed in some way!

I am a consultant, coach, author and leader. I help Senior leaders execute innovative strategies that deliver results and build high performing teams - breaking down barriers and changing perceptions. As Director I lead Kitch Consulting and Coaching Ltd based in the Caribbean, originally incorporated in 2007. View all posts by felicialinch 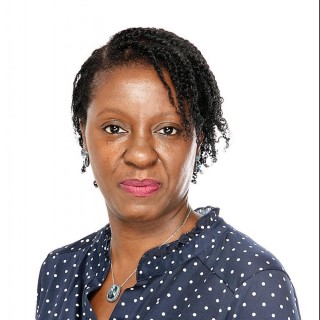